What Are The Benefits Of Reversible Concrete Mixer? 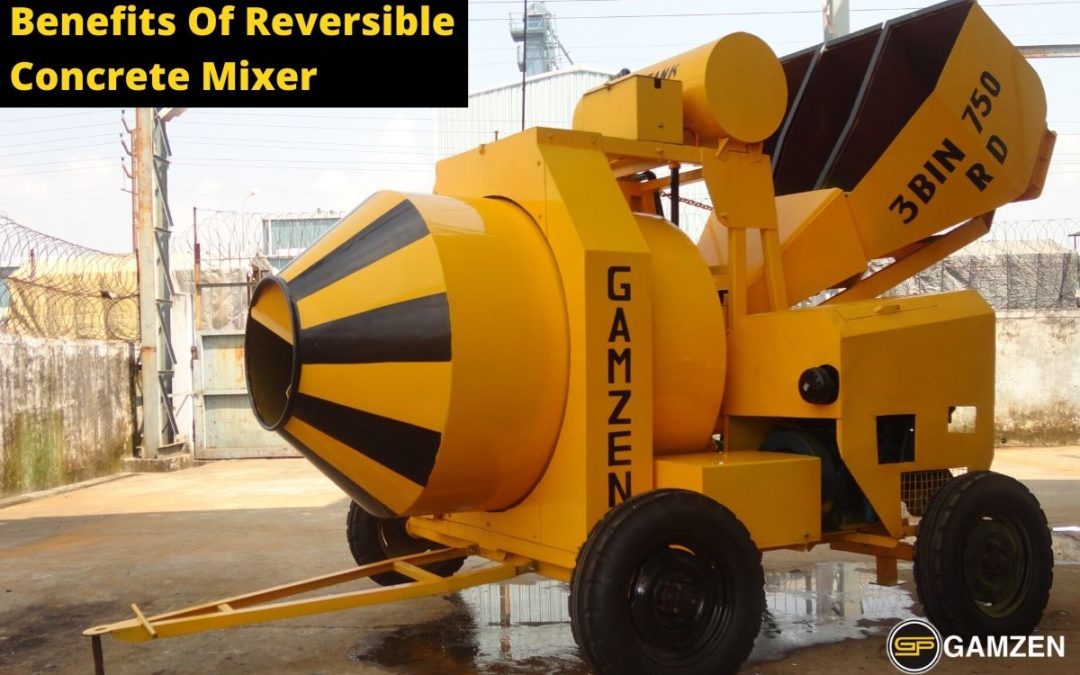 A concrete mixer can be defined as equipment that equally combines material like aggregates like gravel or sand, cement, and water to make concrete. A typical component of concrete mixer is the revolving drum which is used to mix the components. One type of concrete mixer is the reversible concrete mixer. It is also known as the self-reverse concrete drum mixer and has revolutionised the process through which concrete is formed and dispensed. It is typically used to mix concrete, plastic, and semi-plastic. This type of concrete mixer uses the help of a rotating reverse drum concrete mixer. The drum has two entrances-  one is for adding in the materials and the other is for dispensing the mixture that is made. The drum rotates aligned with its horizontal axis. The inner walls of the drum have tow types of blades attached to them.  It works by putting up one of the drum blades with the mixture at a certain height and then letting it fall due to the forces of gravity. The other blade pushes the concrete near the entrance that dispenses it and the drum rotates in the opposite direction. This is done to ensure that the mixture is homogeneously mixed. The advantage that the reversible drum mixer has over the other mixers is that it has a high working efficiency and a stable and homogenous mixing.  The reversible drum concrete mixer has different functions when attached to a single shaft mixer or twin shaft mixer.  This is that it mixes the constituents in a positive rotation but discharges it in the reverse rotation. Reversible concrete mixers are typically ideal at job sites that require small batches of ready-made concrete.

There are many benefits to having a reversible concrete mixer at your job site especially if you only require small batches of ready-made concrete. Some of the benefits have been listed below to help you make an informed choice.

For smaller production batches of concrete, the reversible concrete mixer is unbeatable. They are high on efficiency and effectiveness for producing even and stable mixtures. In fact, they surpass all the other types of concrete mixers when it comes to performance and eliminates many of the disadvantages of other types of mixers. They work even better when paired with a mobile concrete batching plant. A mobile concrete batching plant uses a portable concrete mixer and has a smaller revolving drum. Since all the dry material can be transferred from the batching plant to the job site; the concrete is ready for dispensation at a moment’s notice. Since it is a mobile mixer it can be moved from job site to job site; once again saving you a lot of money.

Most reversible drum mixers are equipped with an operational system that produces very little noise. This is because the noisy hydraulic motors and ring gear drive are done away with and instead replaced with urethane drive wheels. This eliminates the metal-on mental din and the urethane absorbs the vibration from other processes like drum rotation. The mixer is also equipped with sealed inlet and outlet ports that have a sound baffling effect. This further decreases the mixing noise.

This another way that the reversible drum mixer can save you money because it requires very little maintenance. Since the mixer drum can be removed, there is easy access for the insides of the drum which increases maintainability and reduces wear and tear.

Since the reverse drum mixer is compact you can transport is from job site to job site. It also pairs really well with a mobile batching plant.

Once again the operational system of the reverse dum mixer is designed in a manner to avoid the production of concrete dust. This is controlled by a completely covered charge and discharge points. Hence it decreases the particulate matter in the air and is environment-friendly. The mixers also prevent water wastage because of their overflow water management system.

7. Works In Sites That Have No Electricity:

Since there is a variant of the reverse concrete mixer that uses diesel it can be used in remote sites where electricity is not easily available.

8. Minimal Parts Compared To Other Mixers:

The characteristic of reverse drum rotation allows the paddles to dispense a smooth batch of concrete from the mixer causing fast delivery. The reversing action also ensures self-cleaning of particulates on the susceptible to build-up trailing surfaces.

The features like proprietary paddles and rake produce a high shear action at significantly low rotational speeds. This results in a decreased consumption of energy during the process of mixing. The mixing is fast and though because the paddles and rakes ensure both lateral and radial mixing which means that the same amount of work gets done in significantly less amount of time; once again saving energy.

That concludes the comprehensive but not exhaustive list of the benefits of investing in a reversible drum concrete mixer. If your job site requires only small batches of concrete, it is a significantly smaller job site or one that keeps moving then investing in a reverse drum mixer can lead to a big pay-off.  It is efficient, effective, has a decreased energy consumption, does not require a lot of maintenance, portable and can save you money in the long run. If you are interested in buying a reverse drum mixer, then head over to Gamzen Plast website to get a good quote.

Your feedback has been received.